Electrical Circuit Analysis > Sinusoidal Alternating Waveforms
In mathematics and its applications, the root mean square is defined as the square root of the mean square.
The term "RMS" stands for "Root-Mean-Squared". The RMS value is the effective value of a varying voltage or current. It is the equivalent steady DC (constant) value which gives the same effect.
In other words, the effective value is an equivalent DC value which tells you how many volts or amps of DC that a time-varying sinusoidal waveform is equal to in terms of its ability to produce the same power.
This section will begin to relate dc and ac quantities with respect to the power delivered to a load. It will help us determine the amplitude of a sinusoidal ac current required to deliver the same power as a particular dc current. The question frequently arises, How is it possible for a sinusoidal ac quantity to deliver a net power if, over a full cycle, the net current in any one direction is zero (average value = 0)? It would almost appear that the power delivered during the positive portion of the sinusoidal waveform is withdrawn during the negative portion, and since the two are equal in magnitude, the net power delivered is zero. However, understand that irrespective of direction, current of any magnitude through a resistor will deliver power to that resistor. In other words, during the positive or negative portions of a sinusoidal ac current, power is being delivered at each instant of time to the resistor. The power delivered at each instant will, of course, vary with the magnitude of the sinusoidal ac current, but there will be a net flow during either the positive or the negative pulses with a net flow over the full cycle. The net power flow will equal twice that delivered by either the positive or the negative regions of sinusoidal quantity.

Fig. 1: An experimental setup to establish a relationship between dc and ac quantities.
A fixed relationship between ac and dc voltages and currents can be derived from the experimental setup shown in Fig. 1. A resistor in a water bath is connected by switches to a dc and an ac supply. If switch 1 is closed, a dc current I, determined by the resistance R and battery voltage E, will be established through the resistor R. The temperature reached by the water is determined by the dc power dissipated in the form of heat by the resistor. If switch 2 is closed and switch 1 left open, the ac current through the resistor will have a peak value of $I_m$. The temperature reached by the water is now determined by the ac power dissipated in the form of heat by the resistor. The ac input is varied until the temperature is the same as that reached with the dc input. When this is accomplished, the average electrical power delivered to the resistor R by the ac source is the same as that delivered by the dc source.
The power delivered by the ac supply at any instant of time is $$ P_{ac} = (i_{ac})^2R = (I_m \sin wt)^2 R\\ =I_m^2 \sin^2 wt \, R $$ but $$\sin^2 wt ={1\over 2}(1- \cos2wt$$ Therefore, $$P_{ac} = I_m^2 R {1\over 2}(1- \cos2wt)$$ $$\bbox[10px,border:1px solid grey]{P_{ac}={I_m^2 R \over 2} - {I_m^2 R \over 2} \cos2wt}$$ The average power delivered by the ac source is just the first term, since the average value of a cosine wave is zero even though the wave may have twice the frequency of the original input current waveform. Equating the average power delivered by the ac generator to that delivered by the dc source, $$P_{av(ac)} = P_{dc}\\ {I_m^2 R \over 2} = I_{dc}^2 R\\ I_m = \sqrt {2} I_{dc}$$ $$\bbox[10px,border:1px solid grey]{I_{dc} ={ I_m \over \sqrt {2}} = 0.707 I_m} $$ which, in words, states that
the equivalent dc value of a sinusoidal current or voltage is 0.707 of its maximum value.
The equivalent dc value is called the effective value of the sinusoidal quantity.
In summary, $$\bbox[10px,border:1px solid grey]{I_{eff} = 0.707 I_m}$$ $$\bbox[10px,border:1px solid grey]{I_{m} = 1.414 I_{eff}}$$ As a simple numerical example, it would require an ac current with a peak value of $1.414(10) = 14.14 A$ to deliver the same power to the resistor in Fig. 1 as a dc current of 10 A. The effective value of any quantity plotted as a function of time can be found by using the following equation derived from the experiment just described: $$\bbox[10px,border:1px solid grey]{ I_{eff} = \sqrt{ {\int_0^T i^2(t) \, dt \over T}}}$$ $$\bbox[10px,border:1px solid grey]{ I_{eff} = \sqrt{ {area(i^2(t)) \over T}}}$$ which, in words, states that to find the effective value, the function $i(t)$ must first be squared. After $i(t)$ is squared, the area under the curve is found by integration. It is then divided by T, the length of the cycle or the period of the waveform, to obtain the average or mean value of the squared waveform. The final step is to take the square root of the mean value. This procedure gives us another designation for the effective value, the root-mean-square (rms) value. In fact, since the rms term is the most commonly used in the educational and industrial communities, it will used throughout this text.
Example 1: Find the rms values of the sinusoidal waveform in each part of Fig. 2.

Answers
3 Answers
Determine the peak value of the applied voltage and the current if the ac source is to deliver the same power to the load.
Effective or Root Mean Square (rms) Values
Electrical Circuit Analysis 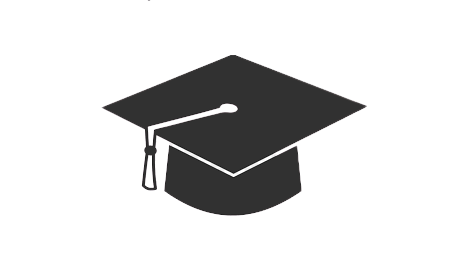